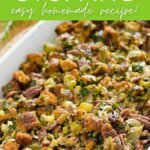 Think you have to give up Thanksgiving stuffing if you're eating paleo or keto? Not anymore! You can have all the goodness of traditional stuffing in a low carb paleo stuffing that everyone will love.

How to make paleo stuffing

This paleo stuffing is based on the traditional cornbread dressing I've made for years. The hint of sweetness and spice with the vegetables, herbs, and pecans is a family favorite. It's not Thanksgiving at my house unless we have cornbread dressing. This version uses my gluten-free, grain-free (no corn) paleo cornbread recipe.

I always cook the stuffing in a casserole dish, which technically makes it a dressing. But I find it so much easier to assemble the dressing after I put the turkey in the oven. This really speeds up the prep time on Thanksgiving Day.

While the stuffing recipe is not difficult, it is a little bit time-consuming because you have to bake the cornbread first. I bake the cornbread the day before and let it sit out overnight to dry out. Getting this done ahead of time makes it so much easier.

Enlisting help chopping the vegetables also makes the prep quicker. And holidays are all about spending time with family and friends, hanging out in the kitchen. Once you have all the ingredients prepped, the paleo stuffing is easy to put together. Watch the video below to see how to make the paleo stuffing.

This post contains some affiliate links, you can read my full disclosure here.

And for a keto version of this cornbread stuffing, be sure to use a keto cornbread recipe. I love this coconut flour version from Cassidy's Craveable Creations. Cassidy also has amazing keto sandwich bread and buns that are perfect for leftover turkey sandwiches in her Keto Breads cookbook. 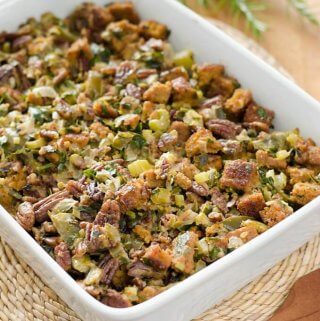 For vegetarian substitute vegetable stock for chicken stock. For keto use keto cornbread. 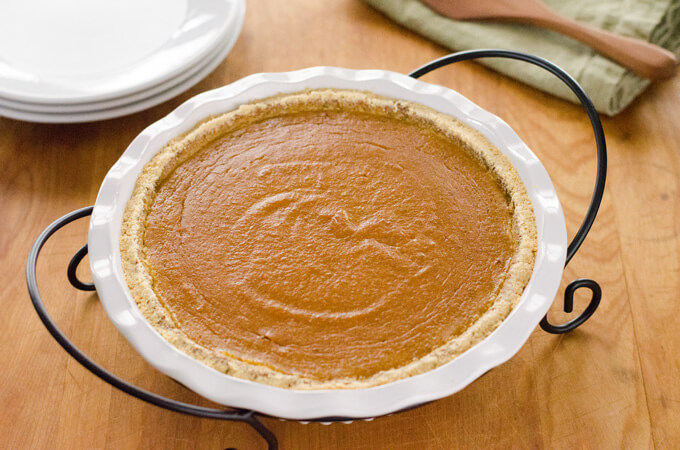 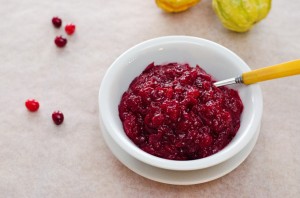