Cinnamon, pumpkin pie spice, raisins, pecans and pumpkins seeds — all of the flavors of the season come together in this quick and easy granola. This cinnamon raisin spice paleo granola is gluten-free, grain-free, dairy-free and refined sugar-free.

I love a good granola, and this one was just what I was craving. I was thinking of fall and Thanksgiving flavors when I created it. And when my husband tried it, he said it tastes like Christmas. I guess I'll be making this cinnamon raisin granola a few times over the holidays. 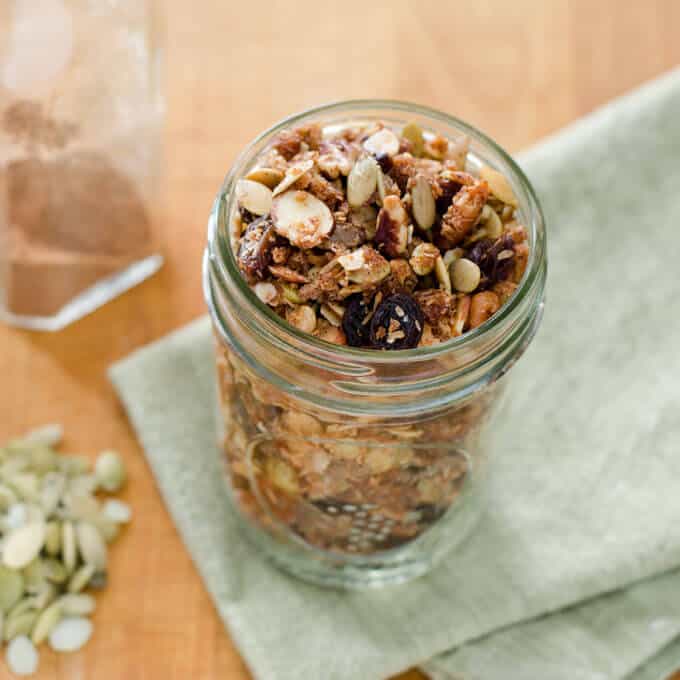 Use maple syrup for a vegan option.